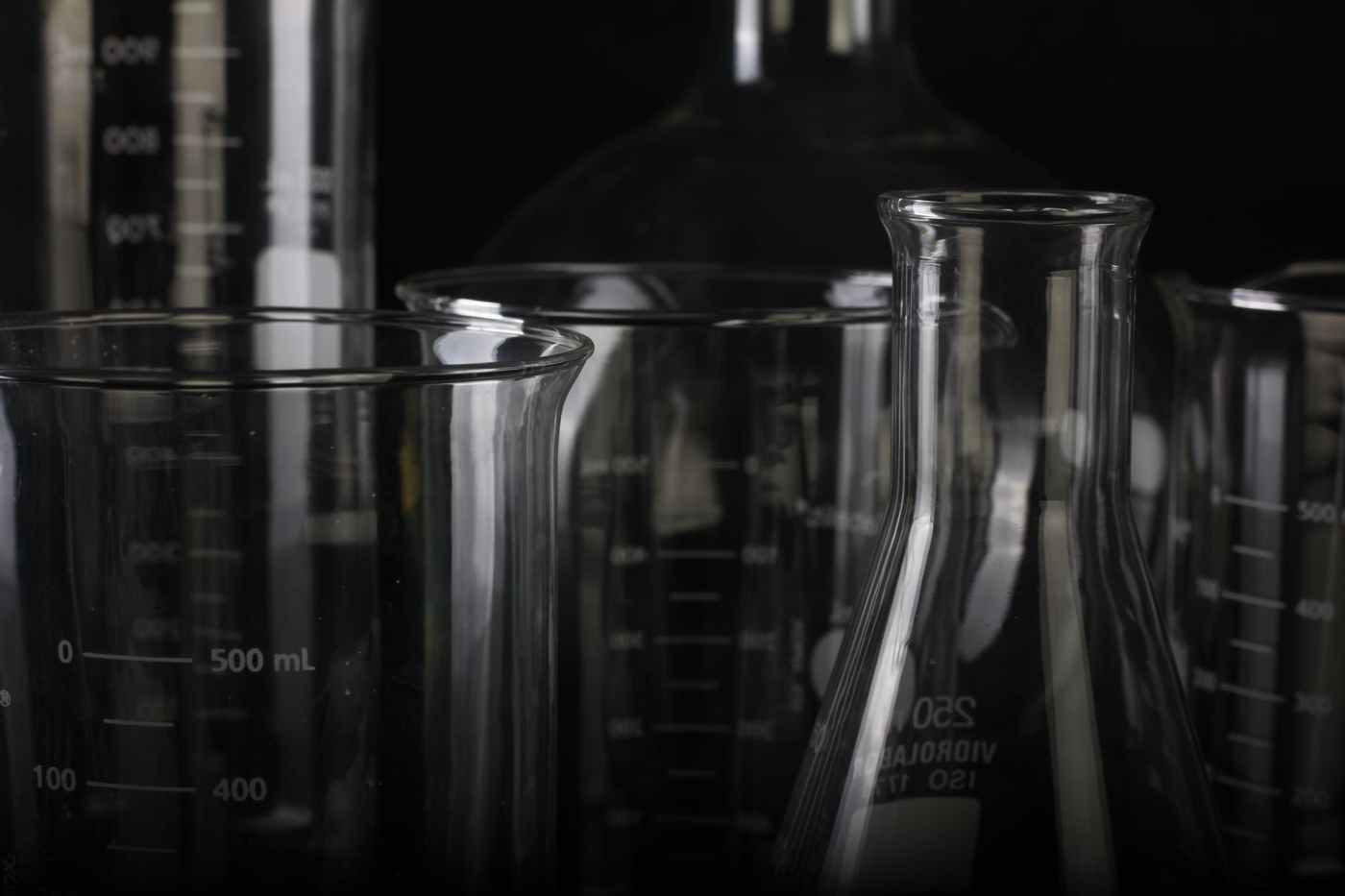 To enhance your experience of listening to music, you must begin recognizing its component parts. To recognize these component parts, start asking questions about the sounds you are hearing. Here are some examples:

The key to answering questions like these is active listening, which is the art and craft of identifying and evaluating all that you hear: What’s this; what’s that? Is this good; why or why not? The purpose for all this identifying and evaluating—which, I admit, can be tedious—is to establish a song’s artistic point, technical merit, and intellectual value. By listening actively, and identifying artistic and technical details, you will get more pleasure out of music.

If you learn about the elements of music and train yourself to listen actively, you will develop a kind of musical wisdom. To achieve this wisdom, all you need to do is become curious about the character of sound and attempt to identify all that you hear.

Timbre describes the individual character and specific quality of a sound. Different instruments have different timbres, so you can tell which instrument is which by listening for its distinguishing characteristics.

Like speaking voices, musical instruments also possess different qualities of sound. For example, a bass guitar and a tuba have distinct qualities of sound, even though they can play the same notes. You can probably tell them apart with your eyes closed. This is because of their distinct timbres: The bass guitar is punchy and bright; the tuba is tubby and powerful. Punchy, bright, tubby, and powerful are all adjectives that modify the noun, timbre.

A sound’s distinct character is determined by how it initiates and sustains sound. A bass guitar is a chordophone (instrument featuring a plucked high-tension string), and a tuba is an aerophone (instrument featuring air blown through a pipe). This fundamental difference in initiation and sustention results in a huge, unmistakable difference in timbre.

Begin to pay attention to timbre while listening to music. Try to discern a flute from an oboe, a tenor voice from a bass voice, a violin from a viola, an acoustic drum from an electronic one, and so on.

In a musical context, the beat is the steady, predictable pulse that binds a piece of music together. This means that a song’s beat is defined by the primary impulse of sound that repeats equally over time.

In pop music, the beat is rendered explicit through the drums. This is not the case for classical music, whose beat is often unstated and implied through melody.

Tempo refers to the speed of the music and is often expressed in the number of beats per second (BPM). For example, the tempo of a second hand on a watch is 60 beats per minute. Composers often use Italian adjectives to describe the tempo of their music. Here are the most common tempos:

Some musical idioms have common tempos. For example:

You may determine that the style of music you most enjoy is dependent on the tempo. Perhaps you like a laid back, hip-hop style, or maybe you like a faster, danceable techno or dubstep style. Your preference for these styles might be based on their tempos.

A musical pitch is a sound that maintains a relatively consistent frequency. In a scientific context, a pitch, which is often called a note, refers to the number of times the sound vibrates back and forth over the course of a second. This back-and-forth movement determines a sound’s frequency. For example, middle C on the piano has a frequency of 261.63 cycle per second (Hz). Pitches are commonly sung by singers, but they can also be played on musical instruments.

One of the most salient characteristics of musical pitches is that they are heard as discrete events featuring a target sound. The distinctness and deliberateness of musical notes separates them from noises, which have no target sound and tend to slide up and down. For example, wind, thunder, and traffic are not targeted, they are not deliberate sounds, and the pitches of these sounds slide up and down unpredictably. Musical notes do not do this; musical notes are controlled and intentional.

Notes also separate themselves from noise by varying in stability—some notes feel stable, and some notes feel unstable. This dichotomy of stability and instability represents the primary organizing principle of musical grammar. Sing the melody from the song “Row, Row, Row Your Boat” and notice how the note corresponding to the word stream feels unstable and incomplete, and the note on the word dream feels stable and complete.

The next concept, mode, refers to a collection of pitches. Modes, which are also called scales, take many forms. There are five-note scales, called pentatonic; seven note scales, called diatonic; there are major scales, minor scales, and a family of scales that are constructed by displacing the notes of the major scale—these are known as the church modes: Ionian, Dorian, Phrygian, Lydian, Mixolydian, Aeolian, and Locrian. This list does not even scratch the surface. The musicians of the world have created a plethora of five-, seven-, and eight-note scales.

Different scales arouse different emotions from the listener. Some are bright and happy, some are exotic and penetrating, some are murky and sad. Sing the melody to “Joy to the World” and notice the bright, happy character of the major scale. Contrast the major scale’s sound with the forlorn, lugubrious sound of the minor scale by singing “Stairway to Heaven” by Led Zeppelin. And notice the dark, exotic sound of the harmonic minor scale by singing Sultans of Swing by Dire Straits.

Both harmony and melody figure prominently in music, and both are derived from modes.

Melody, as mentioned above, is a function of pitch succession. Play one note and then another and then one more, and you’ve just played a three-note-melody. Happy birthday is a melody. The hooks in hip-hop songs are melodies. When you sing in the shower, you are singing melody.

Pop music lives and dies by its ability to imbed an earworm into the minds of its listeners. Those ear worms are almost invariably a form of melody. Melody is the core of music. It’s likely that the first musical impulse made by humanity was melodic. Indeed, the 42,000-year-old-bone-flute found in Hohle Fels Cave was for making pentatonic melodies.

Melodic contour is a simple element that can be picked up by novice listeners. Most people can detect the difference between high and low notes and up and down movement between notes or succession of notes.

Here are some common melodic contours:

From now on, when you listen to music, try to detect its melodic contour and moments of musical stability and instability.

Simultaneous note clusters are called chords and are referred to as harmony. To harmonize a melody means to accompany it with chords. Curiously, chords seem to resonate with their own emotional life. For example, major chords sound happy to most listeners, and minor chords sound sad.

With this simplified concept in place, imagine the harmonization of a melody as an exercise in choosing the appropriate sequence of happy and sad sounds. In the parlance of music-speak, these sequences are called chord progressions. Chord progressions can be simple, bewildering, and everything in between. The Western system of chords yields near-limitless possibility in the realm of harmonization.

Inspect the following chord progression by playing it on guitar or piano:

For example, the one-four-five chord progression is the unifying construct of blues. No one must practice playing blues with others because the chord progression of blues music almost never changes. This means the blues style is perfect for collaborating and improvising.

Here is a chord progression in the blues style:

If you want to become a wise and informed consumer of music, you must begin recognizing its elements. Moving forward, attempt to evaluate and judge all that penetrates your awareness—even if you do so imperfectly at first.

Your effectiveness at evaluating and judging will improve, especially if you become adept at identifying music’s core elements.

Once you learn to listen actively, and to judge the intellectual value of a piece of music, your enjoyment of this artform will be significantly enhanced.

One thought on “The Elements of Music”

My Tweets
Join 956 other followers