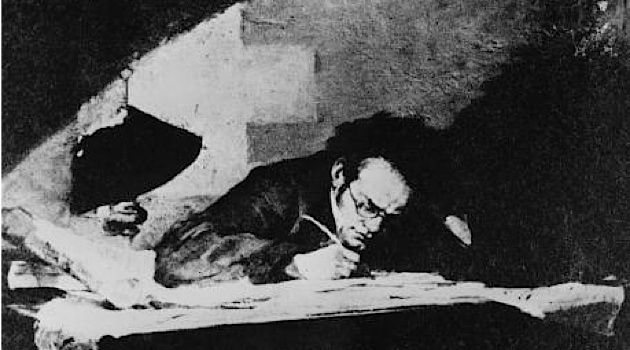 How an Austrian Songwriter Wrote a Kilometer of Music, Launched the Romantic Period, and Preserved the Traditions of Haydn, Mozart, and Beethoven

The early nineteenth-century composer Franz Schubert was a transitional figure between the Classical and Romantic periods. He operated in the shadow of Beethoven and under the influence of art, poetry, and literature. Schubert’s output suggests he was of two artistic minds: one that supported the ordered beauty of Classicism and another that supported the poetic drama of Romanticism. He was, therefore, both a musical conservative and a musical progressive.

Schubert was born in Vienna, Austria in 1797, and he died there in 1828. He composed compulsively throughout his short life, completing over 1,500 musical pieces (“Franz Schubert; Music, para 1).

Schubert especially enjoyed composing lieder, which were German songs. He liked writing songs so much that he wrote over 600 of them (Randel 596).

As a point of comparison, this is more than twice the output of the Beatles, who wrote 237 songs between the four of them (“List of songs recorded by the Beatles” para 1).

Enterprising musicologists have quantified Schubert’s total output in measures for the year 1815. When all the lieder, chamber, and orchestral works are summed, the total number is 20,000 (Turek 270; “Schubert” para 9).

This is a mind-boggling number of measures.

Five minutes with my ruler and my music books told me that the average measure length is five centimeters. This means that in 1815, Schubert wrote one kilometer of music. Needless to say, few musicians, past or present, can measure their output in kilometers. 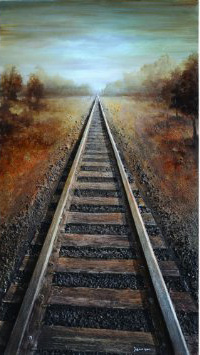 Schubert summarized his method of composition with this declaration, “I compose every morning, and when one piece is done, I begin another” (“Schubert” para 10).

Schubert was a rare breed, and his genius flowered early in life. He learned to play the piano and the viola as a preteen, he became an expert musician and composer as a teenager, and he was impressively prolific as a young adult. Indeed, some of his most remarkable pieces were written while he was still a teenager. For example, he wrote Die Erlkonig at age eighteen, and this song is widely regarded to be a masterpiece by listeners and musicologists alike.

Despite his superhuman musical aptitude, Schubert was largely unknown during his lifetime. But among a small group of friends, followers, and devotees, Schubert was adored (Norton 722).

Beginning in Vienna around 1818, a form of house party—later known as a Schubertiad—evolved around the composer and his music. At these gatherings, Schubert sang his own lieder or accompanied other singers doing so. He handled all the piano duties himself, of course, and the singing duties were sometimes performed by Vienna’s finest professional opera singers. Schubertiads attracted large crowds of artists, actors, musicians, poets, playwrights and other inhabitants of the Viennese nightlife. The gatherings were especially interesting to those motivated by wine, revelry, and song (Burkholder et al. 599; Norton 722).

Just when his career was on the verge of taking off, Schubert died tragically of Typhus at the age of thirty-one. His sickness was almost certainly caused by complications due to late stage Syphilis. Musicologist commonly express deep sorrow when imagining how many masterpieces were lost to posterity because of Schubert’s early death.

The rest of this lecture describes how Schubert used his short time on Earth to become both a musical progressive and a musical conservative.

Much of Schubert’s music was in the tradition of Haydn, Mozart, and Beethoven. Schubert is the only possible adjunct to this holy trinity of Classicism. He was as prodigious as Mozart, as prolific as Haydn, and as sensitive to art and beauty as Beethoven. Some musicologists suggest he eclipsed all three in the realm of melody. Nevertheless, Schubert is usually relegated to fourth place in the Classical music genius contest (Goulding 217). 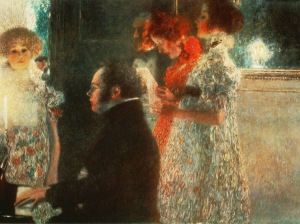 Despite his shortcomings with Classical trends, Schubert was a bellwether with Romantic trends. He led the way by marrying his music with text.

Schubert began using the meaning, meter, and structure of poetry, theater, and literature to inform his decisions about harmony, melody, and rhythm. This was a new idea and a departure from Classical norms.

Music connected to text in this way was known as Program music. Music of this sort was distinct from absolute music, or that which was composed without any connection to text.

Not only was “Gretchen at the Spinning Wheel” a literal retelling of a scene from the play, Faust, by German poet, novelist, and statesman, Johann Wolfgang von Goethe, but the repeated piano configuration on offer in this song simulated the spinning wheel and foot treadle of a sewing machine, thus suggesting a kind of musical text painting (Burkholder, Grout, and Palisca 599). 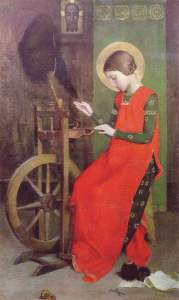 Word-to-sound-imagery of this kind was a distinctly Romantic notion. Schubert was one of the first composers to operate in this way.

Musicologist Richard Fawkes, writing in his 1997 book, The History of Classical Music, summarized why composers were drawn to notions of this sort as follows: “Poetry had inspired the Romantic movement in the first place, and poetry allied to music, in other words—song—provided just the sort of tense, personal statement the Romantics were after.”

Schubert put the tense, personal statements of poetry to good use by translating many poems by many authors into many songs. His sources included Heinrich Heine, Johann Wolfgang von Goethe, his own friends, and many others (Norton 723).

Goethe was the author for both Gretchen am Spinnrade and Die Erlkonig. The latter of which was composed by Schubert entirely in his head and without access to a piano in about five minutes while his friends watched. Joseph von Spaun, a politician, and Johann Mayrhofer, a poet, witnessed the birth of Die Erlkonig with astonishment one afternoon in 1815 (Schubert’s kilometer year). All three men rushed off to Schubert’s father’s house, where there was a piano, so they could hear the new song (Schonberg 130).

Die Erlkonig demonstrated Schubert’s knack for assigning character vis-a-vis the piano accompaniment. He composed his piano parts to this song, and to many other songs, to be on equal footing to his vocal parts. Schubert’s skill in this department far surpassed his contemporaries (Burkholder, Grout, and Palisca 599).

In Goethe’s poem, a dark story unfurls in which a man speeds through the countryside on a horse to get his sick son home. During the journey, the child hallucinates a malevolent ghoul known as the “Elf King.” When the pair arrives home, the child is dead. Schubert’s genius comes out in how clearly the galloping horse and the marauding monster are depicted by the music.

Despite Schubert being progressive regarding the nascent Romantic style, he was conservative regarding the established Classical style. His orchestral, chamber, and religious music were all much in the spirit of Haydn, Mozart, and Beethoven (Goulding 214).

Beginning in the early 1820s, Schubert turned his full compositional attention to the instrumental forms of the Classical style. This means he began focusing his prodigious capacity for output upon symphonies, sonatas, string quartets, and other Classical standards.

Schubert’s best-known orchestral work from this time is the Unfinished Symphony, also known as Symphony No. 8 in B Minor. It was written in 1822 and, as the name suggests, is incomplete: it only has two movements. Typical symphonies of the day had four. Musicologists are uncertain why Schubert declined to finish the work. A sketch for a third movement exists in piano score, but there is no such document for a fourth movement (Schonberg 135).

Some musicologists suggest the fourth movement was repurposed by Schubert for the intermission music he wrote for a play the following year. (The play was Rosamunde, by German poet and playwright Helmina von Chezy.) However, there is no evidence for this being the case besides the fact that en’tracte to the play was in the right key and was composed around the same time (“Symphony No. 8 (Schubert)” para 4-5).

In any case, the first movement of the Unfinished Symphony was an impressive display of compositional skill. Schubert applied his melodic prowess, which was developed over a decade of writing lieder, to the sonata form, the hallmark of the Classical period.

The result was song-like melodies being realized by the dramatic power of a symphony orchestra. It’s like listening to one of his lieder on steroids. (Grout Palisca 526).

Besides applying his preternatural melodic sense to symphonies and to other instrumental works, by and large, Schubert’s orchestral pieces are very much in the Classical style. Sonata form, theme and variations, scherzos, and other Classical archetypes, are prevalent in his output. For this reason, Schubert’s name belongs among the likes of Haydn, Mozart, and Beethoven more than it does among the likes of Chopin, Berlioz, and Wagner.

Imagine a movie soundtrack composed jointly by the four Viennese masters of the Classical period.

Perhaps the movie is called, Three Kings and a Stewart, and it’s about one man living in the shadows of three celebrated geniuses. Our hero is a genius, too, but nobody will ever know because he dies in the third act of the movie—at the age of thirty-one.